Last week, I proposed that if Facebook and other social networks or app developers, even search engines offer a paid version of their free services, it could go a long way in giving people choices regarding their private information and what is or isn't being shared.  After all, all these free services that have been blasted for sharing and selling user data to advertisers and third parties has to make money some how.

My beef with the likes of Facebook is the lack of transparency, and not whether they have the rights to sharing information about their users.  Also, I detest how companies change policies on the fly to manipulate the public and change their relationships with the users. 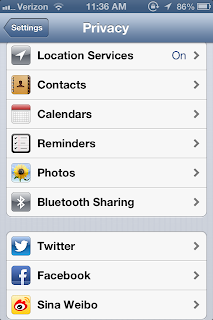 So, while I do believe some legislation is required to rein in those like Facebook, companies that provide free services can start charging them for people who are willing to pay to keep their information private.

Frankly, any legislation from Congress or other world regional bodies are themselves going to be so complicated and filled with loopholes that it wouldn't make sense at all to end users.  It will end up being just as bad as those privacy statements and rules Facebook themselves put out.

Right now, a bill in Congress, H.R. 1913, AKA Apps Act, requires companies of app makers and platform makers to "timely, easy-to-understand disclosures about what data they collect and how the data is used". However, I wonder if that is too narrow. There is no mention of social networks.

The bill would require companies to give users the means to delete their data once they stop using the apps.  Do you really think Facebook, Google+, and Twitter will comply.  And even if they wanted to, consider how sophisticated your Google ID is.

It would be infinitely easier if there is paid service that makes control of information much easier. And who knows, with paying users granted more control, they may be more comfortable giving up information of their own volition rather than having companies and their services/apps try to forcibly take it from them.