Surface RT/Pro (Microsoft) may yet take a sizable pie of the tablet market and create a halo effect for Windows Phone in the mobile market.  This is not to say that it will happen.  Apple, Google, and anyone else will have to keep innovating and make sure it doesn't happen. 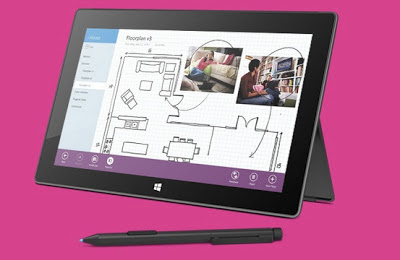 You're thinking what is this guy talking about?  Surface sales barely register.  True but Microsoft isn't in this for a year or two.  Not like HP, Palm, Blackberry, or Cisco who all gave up easily.

I'm trying to remember a product in which Microsoft just hit it out the park.  Can you remember one?

No One Microsoft Product Was An Instant Success Out Right

Windows?  No.  Internet Explorer?  No.  It's dominant position is due to some illegal and shady tactics in which Microsoft was fined a lot of money.  Both products are still going strong.  Xbox? Right now, the Xbox 360 is probably the most popular console in the world and the next version is even more highly anticipated than Sony's Playstation 3.

Sure, there's the Zune and the multi-year failure of the Windows Mobile platform.  Windows Phone 7 was just as much a dud as its predecessor but Windows 8 for Surface and smartphones really stopped the bleeding.

And given how important mobile is the future, Microsoft will keep throwing billions after billions of dollars at it until something sticks.  It has no choice.  The PC market in general has been stunted by a changing computing environment as well as the success of the iPads and Android tablets.  On top of that, the iPhone dominance in enterprise has proven that not everything needs to have anything to do with Microsoft or the Windows logo.

The day will come when the PC market, which won't go away, will become a niche market for those who need heavy lifting by their computers.  Windows sales will shrink and that would impact other profitable divisions and products like Office.  And those products are what brings in the billions in cash every quarter and allowing Microsoft to throw billions at money losing products.

Unable and unwilling to give up, Microsoft may not be selling a lot of gears but it remains a part of the conversation and that is just as important at this point.

Microsoft will continue to advance its R&D for mobile and Windows.  Surface 2 products will address some of the shortcomings pundits have with them.  For instance, the next Windows 8 update will bring back the Start button.  Microsoft is not above admitting that it has made mistakes.  It also isn't above trying to duplicate the successes of its competitors.

On top of that, Microsoft does innovate.  And it's most dangerous when it's behind.  And while Windows 8 has been blasted for confusing users, I'm not so sure that will continue indefinitely.  With one OS and one interface, Microsoft has made it more difficult for traditional Windows users but over years, the comfort level will increase.

With the new UI, Microsoft has basically tried to trim years of learning for users and instead of releasing changes in increments like Apple might do, it has decided to leap years ahead, creating pain and chaos in the interim but could reap in benefits going forward.

There is a risk to that.  The current chaos in the Windows market may for users into the arms of Apple and Google but then again, it's not like Microsoft has that big of a share to start.  It's a risk but one worth taking.  It's a disruption to be sure but one that could benefit it in the future.

Surface RT and Surface Pro symbolizes the hybridization between today's tablet and PC experience.  It's not elegant.  Not yet.  And eventually, it may be a route that Apple has to take.  For years, Apple has slowing added iOS features into OS X and visa versa.

The difference is we know what the future of a hybrid tablet-PC looks like from Microsoft because we have the Surface.  Apple has shown that it has something in the works.  Maybe Apple's future hybrid iPad-Mac will work.  Maybe it is going about it slower than Microsoft.

Maybe Microsoft will continue to innovate with the Surface that eventually becomes something that is more desirable than anything Apple can come up with.