iPhone 5S: 64-bit A7 Chip Is About the Future, Just Not Sure What It Is Yet 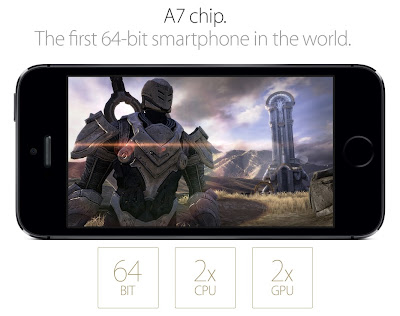 By going 64-bit with the A7 chip, doubling the processing power for the iPhone 5S, Apple knows that in the short-term, probably a year to year and half out, iPhone users are not going to see a whole lot of advantages. In fact, we may never see anything tangible at all except for a few iOS tweaks that made the system snappy and maybe only a handful of apps will truly take advantage of the new CPU architecture. 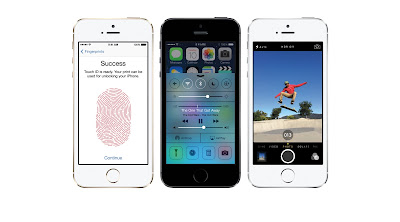 What's interesting is that Apple called this a desktop-class architecture.  Obviously, Apple is looking to turn iOS devices more into a crossover than just a regular sport car and not quite a truck either. 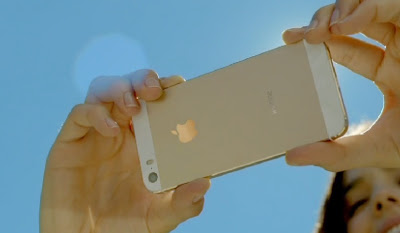 Think of it this way. With PC sales slowing, includ Macs though not collasping like Windows-based PC, Apple has to continue to innovate and make sure its iOS devices, particular iPads, will pick up some slacks that the Macbooks do.

Final Cut, more advanced iWork features, and other video or sound apps will need this 64-bit power to give more sophisticated users what they need when they're on the go or don't need a Macbook with them all the time.

And yes, eventually, designers and builders will want their iOS devices to do much more.  Sure, Apple could say, "go get a Mac for what you need" but we already know where the mobile computing is headed.

And in keeping up with its philosophy for future outlooks, Apple is skating to where the puck is going to be.  Even now, as its rivals crow and boast about quad-core, even octo-core, they still chasing the puck.

By giving itself and its developers a head start, it will be able to head off competitors with new innovative features and apps with iOS devices that can do more, faster, and efficiently.
at September 11, 2013