iPad or iPhone, Airplay, Bluetooth: The Future of The Truck

I've been thinking about getting a new Macbook. I'm considering moving over to the Pro version. Right now, I've got the 11.9" MacBook Air. The main reason is that I think I can use more power in the graphics department and also I really have been spoiled by the Retina Display on the iPhone and iPad. Even so, I can't help but wonder the customer base for traditional PC is shrinking by the day.

For instance, right now, I'm am writing this post through the iPad. I'm using a Bluetooth keyboard. Lots of people already do that. Well, the difference here is that I'm mirroring the iPad screen to the HDTV that I'm beginning to use more and more. 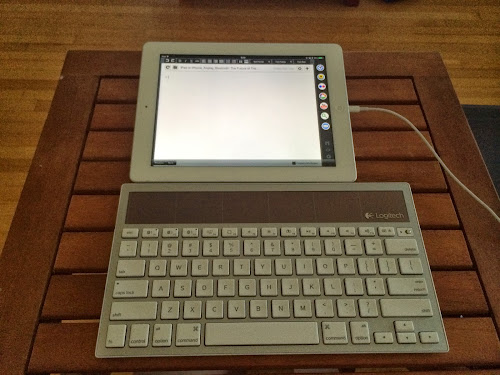 All this is made possible by the ease of use Apple provided with Airplay and the Apple TV. If you've got an iOS device capable of mirroring its screen and have $99, you can do the same thing. You end up with a pretty neat "PC setup" that works brilliantly.

The only issue that I can't help but wonder if Apple will eventually resolve in the mirroring of apps. See, with the HDTV display serving as the main display, I'm also seeing the same thing on the iPad. This is absolutely unnecessary. I like Apple to provide the tools in future iOS and SDK that will allow developers to offer added functionalities to their app and use the iPad screen as a secondary display. 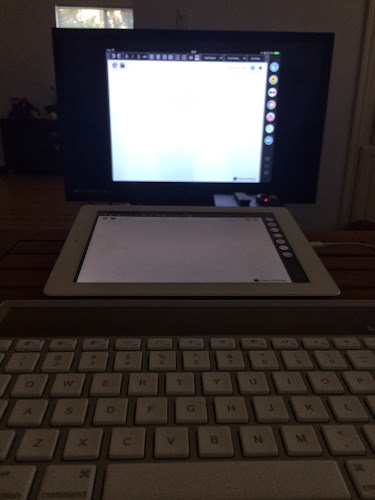 This could be necessary for business apps as well as gaming apps as well. In fact, I can't help but wonder if this is coming sooner rather than later. All that depends on how Apple still sees the Apple TV. Right now, it's still a hobby. A hobby that is doing quite well in its own right. Perhaps with its own ability to run apps or allow developers to beef up their apps with Apple TV and Airplay integration, Apple could allow iOS users to be able to expand their mobile horizon if you will.

And this is not just for iPads. iPhones can work just as well as too in this setup.

Apple will hold a press event on Tuesday. I don't think we'll see what I'm talking about next week but I hope that Apple will see that while the iPhone and iPad is not a truck, with the right tools, it can become one.

One more thing. Apple moved the iPhone 5s' chip ARM architecture to 64-bit. With it, it will beging to have PC like computing muscles. This chip, the A7, will soon make its way to the next iPad.

Note: If you don't get the truck reference I'm talking about here. Steve Jobs used the difference between a regular car and a truck as an anology to the PC and mobile devices. The PC being the truck and the sedan being the mobile device. He simply was saying that as the mobile advances, not all mobile worriors need a PC (a truck) and devices like the iPhone and iPad would be enough to serve their computing needs.