Acer Acer's S3 Ultrabook: How Not To Compete With Macbook Air


The brand new Acer competitor to the Macbook Air is $100 less!  Really?  That's all you can bring to the game, Acer?  I'm sure the specs and everything else is better, right?  Sacrificing margin to compete, no?

Wrong.  According to Electronista, this Acer ultrabook is, again, $100 cheaper than the lowerest priced Macbook Air.  But it's not a fair comparison because this UB, Acer Aspire S3, has a 13" screen.  The 13" Macbook Air starts at $1299, which is $300 more than this UB from Acer. 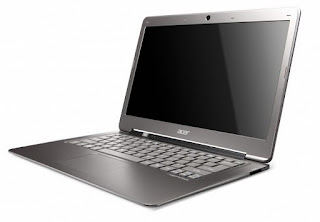 Hence, the PC guys would need to make their own compromises.  And these compromises in the S3 shows.

Furthermore, the Air has the new Thunderbolt port, better audio, BT 4.0, and runs OS X along with iCloud integration.  and back-led keyboard.  And first impressions of S3 from blogs showed that the compromises Acer is known for showed on the UB as well.  When bloggers are using words like "trade-off" and "plasticky", it's not a good start.

As usual, Acer is leading the way with "good enough" and "hope customers won't notice too much" attitude when it comes to competing with Apple.  Perhaps, if Intel really wants to push the ultrabook as a Macbook Air competitor, maybe it should take a book out of Google's page.

Google has its own line of Android devices, the Nexus phones. that serve as templates for other device makers to follow.  Intel and Microsoft should consider doing the same thing.
at October 10, 2011