iCloud: Others Have Done Cloud But Apple's Ecosystem Is Going To Be Where Cloud Takes Off


We are starting to see some signs of life with iCloud integration.  I don’t mean just with Apple’s apps like Mail, music, or photostream.  Nor am I talking about Pages or Numbers.  It’s the third party apps that are starting to come out that is interesting and I figure Apple’s iCloud could be huge for the app market. 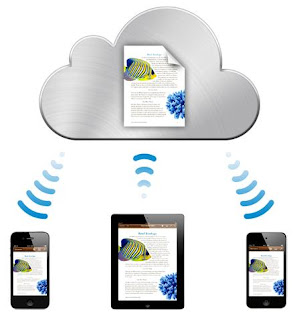 There is Remember the Milk and Goodreader, two apps, that I can think off right off the top of my head.  I’m sure there could be other docs related apps that will take advantage of the storage feature in iCloud.

Personally, I’m looking for a way to upload videos that I take.

And looking through my list of apps, I can see a few that I would like to have immediately.  I have a few art apps like Brushes and Sketches that I sometimes like to dabble on.  Wouldn’t it be nice to be be able start start something in the iPhone and move it over to the iPad or desktop version?

In some ways, I iCloud is an extension of what I already can do with Evernote and Springpad but I want it for more than just text syncing.

If want create something on Garageband on the iPad, I also want to be able to see it immediately on my Mac.

And that is the essence of iCloud after all.  And furthermore, some people might noticed that some of their mobile app versions are a bit dumbed down than their desktop apps.  It’s the developers fault.  And if they want iCloud syncing, they need to make sure parity of features is essential.  Otherwise, it makes no sense for an user to create a file and not be able to fully edit it on their iOS devices.

In looking at my list of apps that I’ve bought over the last two years, I can see other examples where developers can integrate iCloud with their apps.  And what’s cool is that Apple is givng developers an opportunity to push mobile use in a new direction.

I can’t wait to see what we’ll see in the coming months.  In fact, I've got a brilliant app idea where iCloud could play a crucial role. Of course, I need to learn to create an app first.

Note: If you're on iOS 5 or Mac OS X 7.2, you really need to register for an iCloud account.  It's free and you've got nothing to lose.  You'll begin to see what I'm talking about here.