Patent War: Why Does Samsung Keep Doing This?


The patent war between Apple and Android device makers will last a while, giving folks on both sides a lot to talk about.  What's interesting in all this is that from time to time, Samsung will trip itself up.  Don't believe me? 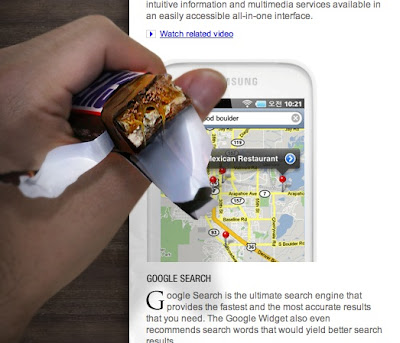 This is a screen shot that I captured myself.  So, yeah, it's still there.  According to Electronista via Daring Fireball, it's been since August.

And this isn't the first time.  A few months back when all the rage with the iPad 2 was the smartcover.  Well, just as things started heating up, Samsung started to sell their own smartcovers for the Galaxy Tab 10.1.

So, yeah, things don't look good for Samsung now.  Samsung needs to create a task force and go through all their marketing materials and projects they've outsourced and sent out a memos about all this.