Windows Phone: Though Not Impressive, There Is Plenty To Be Excited About Nokia's First Windows Phone - Lumia 800 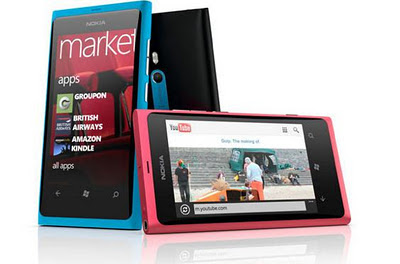 There is plenty to be excited about with Nokia's first Windows Phone device.  Now, we have to be careful about this because it's not necessarily a winner in terms of sales because it's not on sale yet.  And when it does go on sale, it's limited to a few European markets.


Now, looking at the specs, we don't see anything impressive about the device. Sure, it's thin and runs the latest Windows Phone update, WP 7.5 or Mango.  And Microsoft has really done a great job with what I consider to be Windows Phone 2.0, which is what Microsoft should have called it.  It'll really give the new OS a break from Mobile Mobile which ended at version 6.

The specs powering it has a 1.4 Ghz single core Snapdragon chip from Qualcomm.  I would have prefer to  have a dual-core chip instead.  And while it does have a 8MP camera, we don't know just how well it'll take pics and it's only capable of 720p video capture.  Hence, a dual-core CPU could have allowed for 1080p video capture.

Here's what we can be excited about.  It's competition for Apple, Google, and RIM.  We're seeing mobile headlines dominated by iPhone versus Android.  Blackberries have tried in insert inself into the mix but service outages ain't how I would want to attract attention.

So, Nokia and Microsoft with the launch of Lumia, we can at least talk about this for a few days.  And here's the thing.  Both M&N knows that they've got a lot of catching up to do.  Talking up the device isn't going to help one bit.  They have to shows that they're listen to the mobile warriors and showing us that they hear us.

What's absolutely important is that Lumia has to come to the North American markets in order for WP to survive and compete effectively.

PC Mag has a specs showdown between a couple of high Androids (Galaxy Nexus & Droid RAZR - to be released in mid-Nov), the iPhone, and Lumia 800.

And I'll say this right now:  $580 unlocked ain't gonna cut it for the specs I see.  $400 makes better sense.  For $580, I'll wait for the next version.  Still, though the hardware (I do love the design) isn't what it should be, there is plenty to be excited about.