Google To Original Nexus One Users: Thanks For Buying But No Ice Cream Sandwich (Android 4) For You


I don’t know about you but I find what Google is telling Nexus One users totally unacceptable.  If you’re using Nexus One, you’re stuck on Android 2.x.  You’re done.  Finished.  Enjoy it as it is because your device will not be getting Ice Cream Sandwich.

If you want it, fork over some more money for the Galaxy Nexus. Ordinarily, I would agree except for a couple of things.  One, the Nexus One is still being sold on the market.  So, basically, people who bought into it will never be able to enjoy the latest and greatest features.

Second, why won’t it work with Android 4?  Is this some sort of a revenue grab by Google?  It totally doesn’t make a whole lot of sense.

Just to put some of this into perspective, the Nexus One came out on January 5, 2010 and it was rolled out months after that over the world.  You’re got a device that is less than two years old.  Less than a year old for some users.  And you’re telling me it’s specs are so bad that it cannot run Android 4? 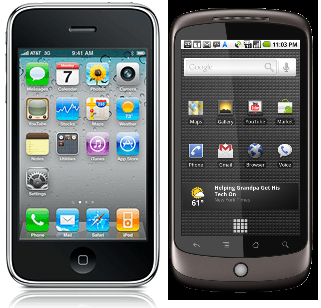 Now, the iPhone 3GS is upgradeable and running plenty fine with Apple’s latest OS update, iOS 5.  It was released back in June of 2009.  Now, people will argue that the 3GS and even the iPhone 4 are not benefiting from features like Siri that the iPhone 4S has.  Granted.  Absolutely.  But other improvements like faster browsing and notifications are still available to iPhone 3GS users.  Wouldn’t surprise me if iOS 6 will still work with the 3GS since Apple is still selling this legacy mobile device.

I don’t know if you guys agree with me on this but like the 3GS, the Nexus has plenty of mileage left with the hardware that it has.  I know the CM guys will step and make sure the Nexus One is taken care of.  Nevertheless, Google just screwed over millions of Nexus users royally.

I think mobile platform providers should provide upgrades for up to two years at the minimum.