What Does Record Blackberry Trade-Ins Mean? 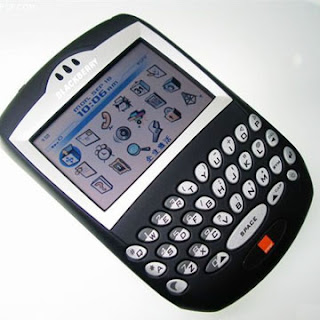 
While Gazelle did not specifically ask what the reasons were for the increased in the number of Blackberries being ditched, one obvious reason could not be more clear - the three-day long outage that was felt around the world pretty much set off this mass exodus we're seeing.

Obviously, we could/should suggest that users were trading in for other newer Blackberries but let's face it, that is not what is going on here.  So, it obviously means that RIM is going to be for a world of hurt come time to report its finances.  On top of that, there is no indication when RIM will be readying its devices based on the next generation OS, BBX.  Therefore, upgrading to other Blackberries as the reason for these trade-ins can be eliminated.

Again, this means bad things for RIM.  What about for RIM's competitors?

Let's recap.  The iPhone 4S went on sale two weeks ago, which coincided with the number of record Blackberries being traded in the previous month.  Now, Gazelle is seeing more RIM devices being traded in.

Well, the Android realm has been quite active in the last couple of weeks.  The wildly popular Galaxy S II went on sale in the US for one.  Then Motorola introduced a new Atrix phone as well as the upcoming Droid RAZR.  Then the mother-of-all Android news was the unveiling of Android 4, Ice Cream Sandwich, with the accompanying Galaxy Nexus.  All of these devices will go on sale in November.

Whether its iPhones or Android devices just released or are about to go on sale, it is safe to assume that Apple and Google's partners will be the main beneficiaries of RIM's Blackberry outage, just days before the iPhone went on sale on the 14th.

The only questions that remain is who will benefit more and by how much.