One of the saddest moment, and not just for mobile, was when Borders shut down its stores and went dark, literally, in the retail arena.  And now, it looks like Barnes & Noble could be going down that path.  Essentially, the news today is that B&N is looking at spinning off the Nook and digital business. 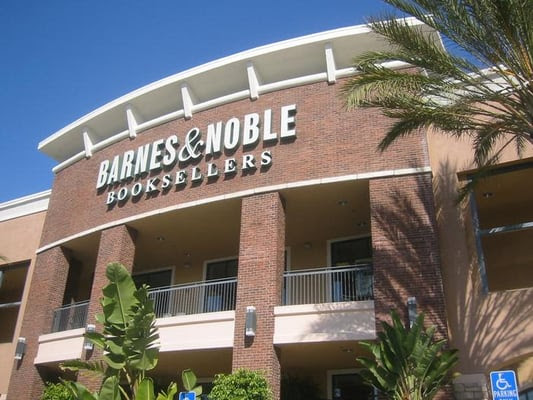 Right now, the stock is down by much and its investors’ sentiment confirms my fears – I’m afraid I could be taking another hit in the nostalgic department and see my local Barnes and Noble store go the way of the Borders stores.

I used to study at Borders and B&N when I was in college and I still frequented them a couple of times a month.  It's there where I bought books, have coffees, and met up with friends.  Lots of terrific memories.

And it brought me back to a conversation I had with a B&N employee over the Christmas season.  We chatted about how BN’s retail business was doing and how confident she seemed because they had the Nook business while Borders was too late to the game.  I did not exactly buy what she was saying but, hey, it was Christmas and I didn’t want to push too hard on that matter.

There is hope though, no matter how foolish it might be.  I hope that some tech giant like Apple or Google could come in and take over the company.  Use the retail stores to their advantage as Apple had done with its Apple stores.

Apple could renegotiate for better retail terms and use the bigger retail spaces to expand its grown consumer and iOS product line.  Gonna need room for them iTV sets that they could be selling soon.

Google can use it to showcase and sell Android and Chrome devices.  Heck, Google also has some TVs that it wants to sell to folks.  And sure, Microsoft could bring its Windows, Windows Phone, and Xbox under one roof.

One thing is for sure:  I don’t want to see a private investor come in to snatch up Barnes & Noble in the name of “unlocking its value”.