Mobile Means Be Careful What Video You Watch In Public

I like scary movies. And today, I got quite a treat as I ventured out of the house to do some chores on a cloudy day in LA. Cloudy cold day that was perfect for a hot coffee with a pastry and a scary movie on Netlfix. I don't like watching them alone at home.

Which leads me to this post. Be careful what you watch in public. 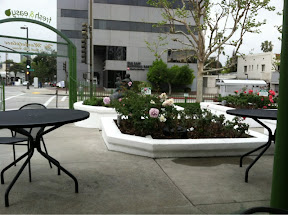 As you can see, nice day, right?

Well, with mobile now, we can take our whole lives with us. Work and entertainment. So I finished watching Quarantine from a couple of weeks ago and started on Quarantine 2, zombie movies where the characters in the plots were, you guessed it, quarantined. In the first movie, a news team followed a fire engine into an apartment in LA and ended up trapped inside by a military force tasked to keep a weaponized rabies that turned the infected into the walking dead. In the second part, it's folks on an airplane and airport terminal. 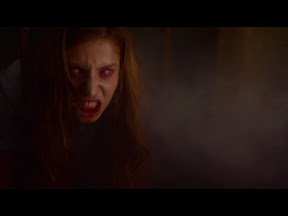 Don't knock it until you try it. Both are good movies that even friends who typically aren't into zombie stuff liked it.

The thing is that there is a lot of violent scenes and folks walking by as you watch it can get them wrong impression as they glance at what you're doing on your smartphone or tablet.

Oh, and there are scenes where zombies suddenly pop out at you and you instinctively flinched back. Yeah, happen to me a few times and this old couple at an outdoor seating area kinda gave me weird looks.

I am sure there are other movies or videos that likely are not appropriate in public even if you're not really sharing them with others. It's one of those things we have to get used to with more mobile users. People at the gym might wonder why I am laughing or smiling but when they glanced at my screen, they'd realized that I am watching the Daily Show or the New Girl. But if they happened to see the scene where the survivors tried to hang and choke a zombie, they probably wouldn't understand and consider me a sicko.