Apple may have achieved nearly 60% of total smartphone share in the US.  This news coupled with the talk that HTC and Facebook are working together to bring a phone that focuses on all things social within Facebook’s realm.  The question for Facebook is why brother and if it insists anyway, which OS will Zuckerberg use? 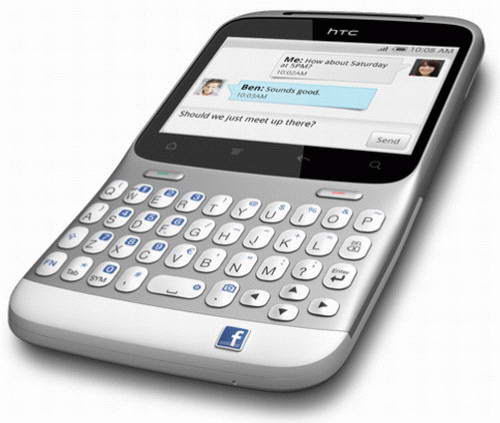 I’m not sure that Apple can sustain this level of domination in the long run.  Nor am I saying that it won’t.  These things have a way of playing out and Android’s appeal does not seem to have diminished despite the iPhone 4S success.  The threat to Android comes from execution, not the OS itself.  Forking, delays in updates, and social issues like security and privacy are what could make things difficult in the long run.  It has nothing to do with what Apple is doing.

However, the iPhone 5 is coming out in six to seven months.  While that seems like a long time away, the above mentioned issues for Android isn’t going to get solved in that time.

Now comes to Facebook’s smartphone.  I don’t know what to call it.  fPhone?  fbPhone?  How about zPhone for Zuckerberg?  Yeah, let me go with the zPhone.

Facebook has a close relationship with Microsoft.  Microsoft is both a source of resources and an investor.  Forking Android is the obvious solution but I wonder if Redmond might try to get FB to try out Windows 8?  It would certainly be a huge boost for Microsoft.  I mean let’s face it.  The whole Windows Phone market is Nokia’s Lumia, nothing more and it has not yet caught fire on the scale both Microsoft and Nokia had hope for.  I know that the mobile war is about the long game but you’d at least want signs that things are promising.

So, forking Android is the obvious choice for Facebook to use in the zPhone.  And if Microsoft and FB can work out a deal to use Windows 8, it would mean forking Windows to some extent as well.

But why bother with the zPhone at all?  Does FB believe that it can persuade its legions of users to abandon iOS and Android in favor of its own device?  With FB’s track record regarding security and privacy, it’s highly doubtful that it can appease both users, marketers, and regulators all at once.

And if FB does really come out with its own phone, it needs to continue onward to developing its own music and video store.  It’ll need an app store.  Oh, why stop at the zPhone.  It’ll need a zTablet to compete with the iPad.  And with Apple possibly releasing its own television, FB is going to need its zHDTV as well.

Oh, and there already was a Facebook phone from HTC.  It's called the Status.  And the current status of the Status is not so good.