Blackberry 10 And Z10 Reviews Are In: Good OS, So-So Hardware 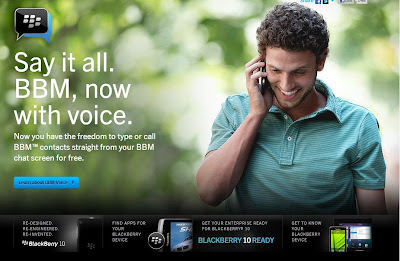 Blackberry is no longer just a phone.  It’s not the new name of the former company called RIM.  And today, Blackberry unveiled to the world it’s latest and, hopefully, greatest mobile OS and flagship device.  Blackberry 10 and Z10 respectively.  I said hopefully because as I’ve mentioned before, we need more competition in the mobile market, not less.

Having said that, there is a decent summary of review from WSJ on Blackberry’s new OS and device.  A couple of things.  Yesterday, I wrote about Palm and the Pre.  In the WSJ summary, they brought up Palm as well.  And there is no doubt that the feeling about Blackberry’s latest and quite possibly last effort to get back into the mobile game.

From the reviews, it looks like Blackberry managed to hold serve and the new OS, services, and hardware is just enough to stem Blackberry fans from defecting to iOS or Android.  At this stage, however, anyone remaining with RIM, sorry, I mean Blackberry, are rabid fans so it probably would not take much effort from Blackberry to get them to stay.

The question is if this is enough not only stem losses but actually grow the Blackberry base.  Unfortunately, that does not seem to be the case.  Like Palm, the new Blackberry OS has a few neat touch tricks.  It even has a few native apps that do things better than the iPhone and matches what Android offers.  On the hardware front, it has a handsome looking device in the Z10 but the iPhone 5 still looks like a better build.  Upcoming devices from Nokia and Sony’s Xperia Z are very nice hardware too.  There just isn’t anything in the hardware that is innovative or even remotely different.

And one of the main themes in my Palm post yesterday was timing.  It appears Blackberry will be able to ship out the Z10 faster than Palm managed to do with the Pre and it has a global reach Palm did not.  Having said that, the Z10 is still going against a strong iPhone 5 and there’s nothing you can do about that.  It’s the new Android devices like Google’s X Phone and Samsung’s Galaxy S 4 on the wings that has me concerned about Z10’s chances.

The Z10 will retail for $200 after subsidies but I think Blackberry would be wise to lower that to free or $99 because that’s where Microsoft’s Windows Phones sit and they’ve done decent enough this past Christmas.