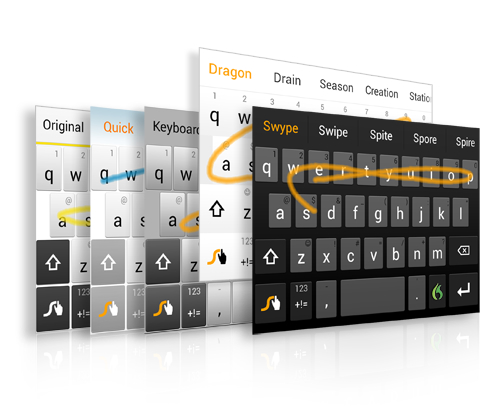 This is huge and it looks legit. SWYPE has spoken to Apple about getting the SWYPE keyboard layout on the iOS devices. However, that is not to say that the talks went anywhere. On any given day, Apple is approached about new technology, features, or app ideas. Apple might even reach out to companies as well.

However, with Tim Cook in charge, I can see the possibility of Apple opening up a few cracks in its walled garden for a privileged few like Twitter, Vimeo, and even Facebook.

In the interview, Aaron Sheedy, a SWYPE VP, only confirmed that talks had taken place and called Apple smart. My guess is that Apple did not say yes (but it didn't completely closed the door on the idea) and SWYPE calling Apple smart was a way of it trying to make sure it doesn't run afoul of Apple's good grace regardless of whether Apple was receptive to SWYPE bring a keyboard option on the iPhone.

If this happens and SWYPE is an option in the future, just think of the possibilities. There are other services that could come to iOS was an option that was previously unavailable. We already have options of search engines and emails, so maybe one day, we might see Apple open to allowing users to change their default mail or browser app.