Macbook Redesigns: Could Be Narrower and Lighter Airs Be Coming?


The Macbook Airs are great.  Just great.  My only complaint about them right now is that their battery lives could be longer.  I know, I know.  With me, it's always about the battery life.  However, I don't think Apple is looking to prolong the battery life of the Macbook line any time soon.

In fact, if there is a redesign as some suggests, and it's likely to happen given how little the Macbooks and Macbook Airs have changed except for the Retina Display Macbooks.  Just how would Apple change the Air?

It just happened that I was walking down the street today with my 11" Air.  It was light.  Not iPad light but it was not difficult to carry in my arms for about a third of a mile.  Now, I've got little girl arms and muscles so you can understand.

I took a look at the shell, the whole form factor.  I really don't think Apple can make the Air any thinner.  Lighter?  Sure.  See, the bezel of the keyboard?  That's about what?  Half an inch? 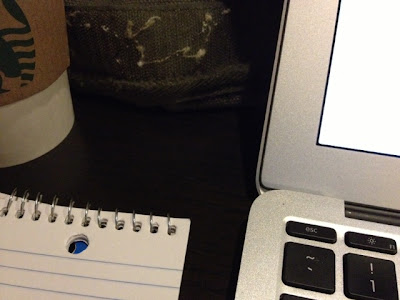 I think there is room for Apple to shave off anywhere from 1/4" to 3/8" and still give the Air a sturdy feel.  On top of that, I figure Apple will save a few ounces as well as build material and come out very much ahead.

Also, take a look at those iPad folio keyboards.  Some of them have little room between the outer most keys and where the keyboard case ends.

The question is how likely is this to happen?  Well, Apple has learn from building the iPad mini with the smaller bezels than the regular iPad and we are certain we'll see a redesigned iPad with similar form factor as the mini, meaning lighter and thinner bezels.

Given that the Macbook Air has more room for Apple's engineers and designers to work with, it's more likely than not that we'll see this happen.  Apple has gone lighter and thinner for the iPhone and iPad.  It's time they do the same, at least in terms of weight and the thinner bezels for the Air as well.