"Steve Jobs" Schools - Dutch Innovation or What? Worth Keeping Close Eyes On

Apparently, Steve Jobs' attitude towards schools and the rigidity of the educational systems has not only be captured in history but now also in practice. O4NT, or Onderwijs voor een nieuwe tijd (Education for a new era), is looking to put an iPad into the hands of a young student and provide them with a virtual school that allows them the flexibility to new skills - communication, collaboration, problem solving and creativity, and, of course, school subjects as well. 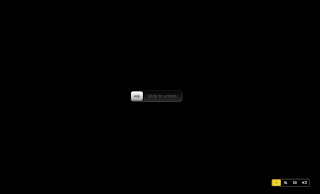 This is their Website - I'll let you click through to see more of what they offer.  Recommended.

Just recently, the Los Angeles Unified School District, signed a deal, the biggest of its kind, to provide its students with iPads.  And I just hope that someone at LAUSD is watching this as well.  The concept that I love about O4NT is that with the iPad, it's possible to have school all year round as they'll likely be carried around by the students.

Even during summer months when students go off and do summery stuff, they also tend to forget things they learned the previous school months.  And the iPad offers an opportunity for the child to embrace learning that's fun and keeps them engaged.

The idea is ingenious.  It makes learning less of a chore and more like projects and that isn't teachers lecturing at the students and putting them to sleep.

This is one of those Think Different ideas that Steve Jobs and Apple has inspired that could well change the world of education as well know it.  For too long, our educational system has been a drag on the students despite the great amount of resources that have been poured into failing schools.

I look forward to see how O4NT works out and whether iPad-based learning at the LAUSD makes any difference or not.