Today, a dumb Wall Street firm downgraded Apple stock because of the following reasons.  One, iPhone 5C preorders are still happening without sell-outs and, two, because the iPhone 5s isn't available for preorder, the ongoing thinking is that Apple did not make enough to accommodate the demand.  Having said that, this nameless firm did not heed Tim Cook's warning regarding using only a couple of data points in the supply chain to try to discern the bigger picture. 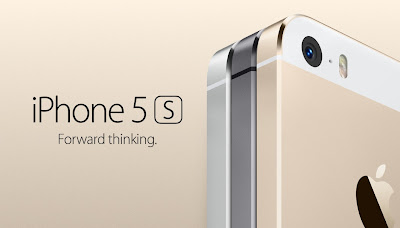 Here is a bit of the bigger picture I doubt Wall Street is seeing.  The iPhone 5C is the iPhone 5 with colorful plastic covers. A heck of a lot easier to manufacture than the iPhone 5s I'm sure.  And given previous demand for the lower tier iPhones, Apple likely made damn sure it has ample supply.

Furthermore, Apple is including a couple of new elements in its first wave launch.  First, NTT Docomo, the last major Japanese carrier hold out, will be launching the iPhone along with its competitors on September 20th, like everyone else.  In case you're not away of this, it's also the biggest carrier in Japan.  And top of that, it has made a big promise to Apple to sell as much as iPhone to accoutnt for 40% of its smartphone sales.  Given that a plurality of its customers defecting to competitors is due to the iPhone, it should not be too difficult. 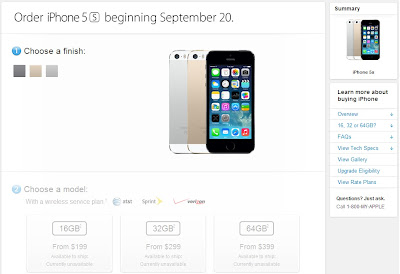 Then there's also this.  China.  Yeah, the Chinese market will be among this initial wave of iPhone launches.  The first time ever. According to the press release, "Apple’s retail stores and select Authorized Apple Resellers. iPhone 5s will be available in the US, Australia, Canada, China, France, Germany, Hong Kong, Japan, Puerto Rico, Singapore and the UK on Friday, September 20".

And that doesn't not even include the 600 million-strong China Mobile as a carrier yet.

So you can bet that iPhone 5s supply is going to be an issue.  But there is also one additional reason why the iPhone 5s did not get a preorder window.  For the first time ever, Apple is launching two new iPhones - 5C and 5s.  And though the 5C is essentially the iPhone 5 with colorful plastic covers, it is a totally brand new product.  Apple likely did not want to confuse things for buyers.

So, we'll see who's right?  Wall Street or common sense?  Anyway, iPhone 5s sales starts on the 20th, including online order.
on September 13, 2013