Why Can't My Next iPhone Look Like The iPod nano? That Would Rock!

This Youtube video of an iPod nano has been making rounds.  Ordinarily, such a video would not make me excited at all.  But for the fact that this is the "space gray" that is supposed to be the same color as the black iPhone 5s, folks want to see what their black iPhone 5s will look it. 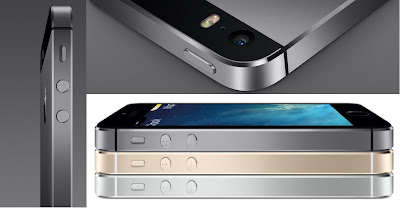 I had not considered the new black/space gray version until I saw this nano. The main reason is all the focus on the gold model and now nice looking it truly is in person.  Also, the white/sliver looks very nice if you're not into the gold.

After watching the video of the space gray nano below a couple of times, I'm giving the black version another look.  My current iPhone is back.  Then I got thinking further.  Why can't Apple make an iPhone with the same body as the nano but only bigger for the 4" screen, or maybe even the future and rumored 5" version next year?

Wouldn't that be awesome?  Well, one can only hope.  Check out the video and see if the black version of the iPhone 5s would interest you.  I'll be honest.  I am very interested now.