This Is Bogus: China Gets To Preorder The iPhone 5s and Probably As Many Units As It Wants Too

Thanks for nuthin', Apple.  American company that does its art in California is what Apple advertises itself to be.  And I get that China is a very important growth territory now and in the future.  I get that.  So, while I also get that Apple will allow the Chinese to begin preordering the iPhone 5s on September 17th (9to5mac), three days before anyone else in the world would be able to order online or in the store. 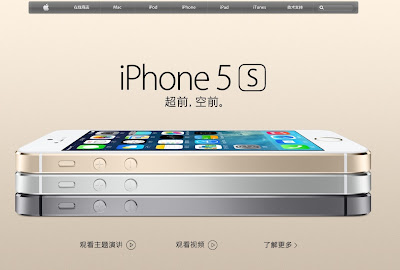 That just doesn't sit well with me.  Apple is an American company through and through.  I get that it is a multi-national company now and the "American" part has become much more fuzzy over the years.  It's why it specifically mentioned that devices are designed on California rather than the USA.

The 9to2Mac post mentioned problems with previous launches - like scalpers, gangs, and unruly behavior.  I'll be honest, folks.  The last time I went to wait in line at the local Apple store for a launch, there were plenty of Chinese scalpers here in the US.  I can understand some Chinese and they were not saying how much they love Apple and how they were the biggest fan boys/gals in the world.

Plus, with the iconic devices being Apple's, I had always assumed that we would always get our hands on any new devices first.  Remember back in the 90s and 2000s when Nintendo and Sony reigned supreme in the console and handheld gaming devices?  Japan always got it first and it would not be months later until we get it here.