State of Mobile Stores: Google Leads In Downloads And Apple In Revenue

There's a lot of competition between Apple and Google over the mobile war.  In some limited respect, they're also partners - they're partners in that Google pays Apple for being the default search engine in Safari.  Google has a set of very good apps on the iOS platform - some of the best and innovative apps I might add.  Still, Apple likes to brag about the many billions they've already paid developers. 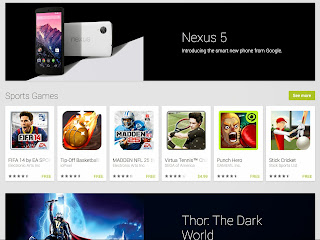 Right now, Google has surpassed Apple in the number of downloads.  It's to be expected as Google's Android platform owns a greater portion of the mobile market.  It's unclear if this include the non-Google variants.  Google has 1.25 times more downloads than Apple

However, Apple still leads when it comes to monetizing the app market.  The GI post is a very interesting read if you're a mobile developer or a mobile enthusiast keeping scores.  The iOS platform generates 50% more revenue than Google Play.

What's interesting is the placement of China.  We know that the US market will lead in terms of download and monetization for the seeable future.  China has jumped to number two in the US downloads.  Given the size of the market, well, that's expected.  And it should get bigger for Apple when it includes China Mobile as one of its iPhone partners.  What's surprise is the monetization in China.  China jumped two spots to land on number 3.

What's surprise is where Google Play is the biggest.  Japan then followed by South Korea because Samsung and LG are among two of Google's biggest Android partners.  One thing is missing for Play, which is China as Google has no ground game there for its Android devices.
at November 03, 2013