Here is an idea that I had long thought would be a great but Apple would never go for. That is iOS apps running on the Mac. Apple has made it clear that iOS and OS X will never be merged. Microsoft tried it with Windows 8 and we know how that is going. 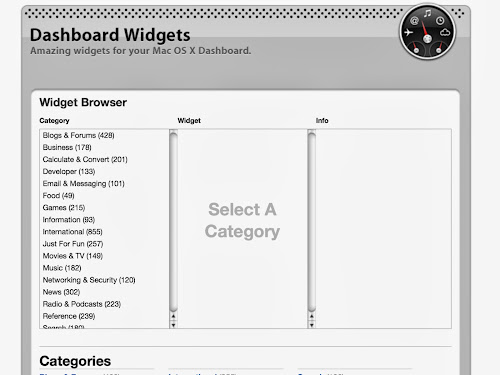 This idea about iOS apps being a part of Mac was rehashed again on this blog post from The Mac Observer.

But maybe widgets on OS X should be given another look. It has been years since Apple has upgraded Dashboard in any significant manner and I am not sure anyone is aware that it is still around.

TMO did come up with a list of reasons why iOS apps should be allowed to runs in its own environment. The outlined reasons each have their own problems - least of which is that there are other ways native Mac apps or the Web won't take care of. Plus, there are iOS apps that have companion apps on the Mac.

The only advantage I think widgets will have over native apps is the ability to be able to exist within a separate environment that potentially can be sandboxed.

What I like to see is maybe cloud and iCloud integration for future Dashboard upgrade. Even better iOS integration beyond what we see now.

As I understand it, many widgets are based on Web standards which are robust enough that native-like apps can be created. And as much as we are used to the App Store and separate apps, webapps won't go away and will become more full featured and robust over time.

Perhaps, this is why Apple has not done anything with Dashboard. My hope is that they have been working on this in the background and will release an update for it and not see it die of a slow death.