Last month, Amazon became the proud owner of Comixology, a popular and likely the only source of mainstream comic books for the iPhone, iPad, and Android devices.  Didn't think much of it until today when the convenience of in-app purchases was stripped away in an update. 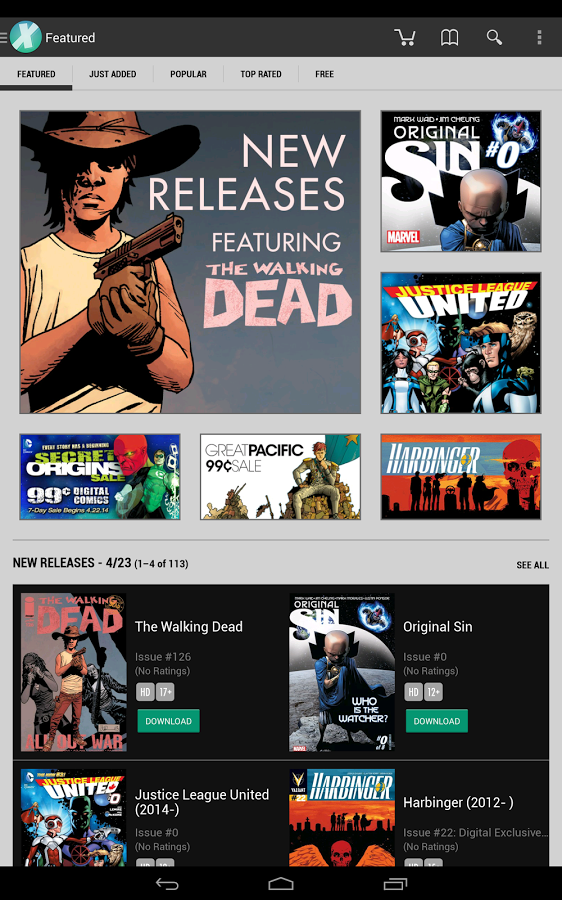 It's easy to understand why as Amazon is looking out for its bottom-line.  What's also obvious is that Amazon doesn't care about its customers in this regard.  Personally, I get both sides of why Amazon did this and why this move is very bad for loyal customers.

As someone who makes purchases from Comixology, I have to say that I'm looking to alternative apps or sites to make my purchases.  If there is one out there, please share and let us know.

I know that DC and Marvel both have their separate apps.  However, they are both powered by Comixology.  It's likely that only some sort of contractual agreement has made it impossible for Amazon to remove in-app purchases from those two apps.  It's also quite likely that Amazon's Comixology team just have not gotten around to it.

Again, dick-ish move but I understand why Amazon did it.  After all, it's stock has been tanking while costs are up and investor patience are at the end of the rope. Still, I think Amazon is a company I can do business with (I am a Prime member and make much purchases through Amazon).  But I've begun to look elsewhere as I think some of their practices are anti-competitive.
at April 26, 2014