News come that Nintendo managed to sell 4.5 million 3DS in the US alone.  While the global 3DS sales figure is more elusive, let’s say closer to 20 million units (I made this up – 10 million or so for Asia and another 5 million for EU and the rest of the world), it’s a viable platform.  Perhaps, we might even seen the platform go across and move closer to 75 to 100 million in five years or so.  And given the still vast size of dedicated mobile gaming from the likes of Nintendo and Sony, the question for gaming developers is where to invest your limited resources. 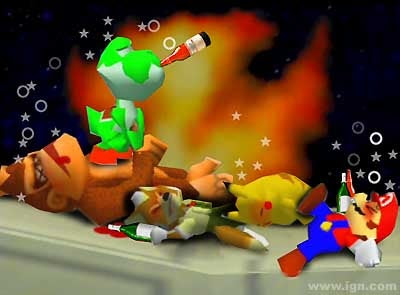 Obviously, the iPhone, iPad, and Android devices have wrecked havoc on the dedicated mobile gaming market and mobile gaming in general will shift towards smartphones and tablets.  In just three years, the collective gaming prowess of iOS and Android have taken over the gaming revenue and it’ll only get worse over time.  Mobile gaming is estimated to take 58% of all revenue while incumbent players like Nintendo and Sony will collectively take 42%.  It was only in 2009, the dual powerhouses had 70% of the market.  2012 Will like yield a similar trend (Phandroid). 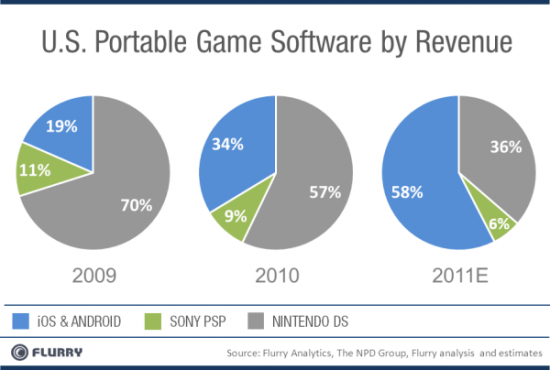 It’s obvious that if you’re a small developer, you go which ever way the wind blows.  What if you’re a developing and publishing powerhouse?  You might want to still support the dedicated Nintendo and/or Sony mobile machines but at what point do you make Apple and Google devices a priority – giving smartphone gamers the same level of game play and depth that DS, PSP, and 3DS players are used to?

So far, Vita sales are par at best and it took a big price cut from Nintendo to get the 3DS to where it is today.  It begs the question at what point does Nintendo and Sony begin to think if their development dollars should really be spent on hardware or, perhaps, take things into a whole new direction.

For instance, Sony layered on top of Android - the result, the Xperia Play.  Sony has found some success and is likely to move forward with future plans.  Nintendo may need to consider similar moves if it wishes to remain a dominant hardware player.  Or perhaps, Nintendo may consider a move along the line of former foe, Sega, and focus exclusively on gaming development only.