CNet Analysis: iPad 3 Was Plan B

The gist of this CNET is that Apple's new iPad wasn't what they originally planned.  Let's look at the current iPad and see how it has gone contrary to what Apple has been releasing for the last decade. 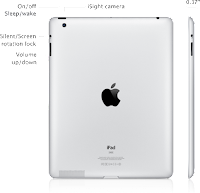 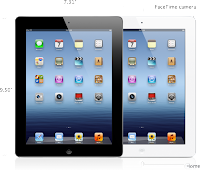 First, the 2012 iPad is heavier.  Also, it's thicker.  Since the original iPod in 2001, each subsequent release has been smaller.  And at times, lighter.  We had the original iPod that was then released with the iPod mini 2004.  Smaller.  Then again, Apple "mini-mized" the mini with the iPod nano in 2004.  And now, the nano is even smaller.  And don't forget the the Shuffle which is, likely, really really small.

And the Macbooks?  We've got from backbreakers to 2 pound Macbook Airs.  And there's talk in those Internet pipes that Apple could go further and make the regular Macbook Pro lines even lighter as well.

Also, take the Apple TV.  Boy, that thing is much thinner and ligher than the original Apple TV.

So, we have a pattern of Apple making things lighter and thinner.  The new iPad definitely does not fall into this pattern.  Compared to the iPad 2, it's a tad thicker and 0.1 lb heavier.  And believe me, I can feel it.  Okay, it's probably all in my head but we know it is heavier and thicker.

Now, battery life.  You'd think Apple would be in the habit of making battery life longer or stay the same with each new hardware revision.  The new iPad isn't able to keep up with the iPad 2.  In fact, the "new" 2012 iPad 2 has a longer battery life than the 2011 iPad.  According to Anandtech, Apple started using a newer A5 chip built on a 32nm chip manufacturing process versus the older 45nm process.  However, the new A5X chip continues to be manufactured using the 45nm process.

The CNET article pressed that Apple was supposed to use newer IGZO screen from Sharp instead of Samsung's screens.  However, Sharp was unable to meet Apple's needs in time with the quantity that Apple requires.

The IGZO screen would have allowed Apple to continue to keep the new iPad as thin and light as the iPad.  Apple could have possible made the new iPad thinner and lighter.

I don't know if this is true.  What the writer failed to address is the much bigger battery in the new iPad versus the iPad 2.  That battery was needed to power the Retina Display, regardless of if the the screen is amorphous silicon screen from Samsung or the IGZO screen from Sharp.

At the end of the day, we have what we have.  The new iPad, whether was plan B or C, or even D, it's an awesome tablet.  And if the new iPad failed to live up to Apple's normal standards, it continues to put distance between itself and the rest of the tablet market.
on May 07, 2012