One of the better scifi movie that came out of a book that was also better than the book was Starship Troopers.  You might disagree with me but I think the movie took the idea and did one better than the author. 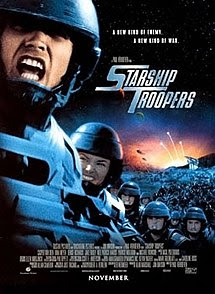 Since, the first movie, we have seen others that followed up.

And on top of that, was was a computer-generated cartoon version that was quite awesome for its time and even today.

Now, get ready for Starship Troopers:  Invasion.  I've already pre-ordered it.  You can see for yourself why.

Release is mid-August thereabout.  I can't wait.  Maybe if this movie does well, we'll see a new series for TV or even mobile games for the iPhone and Android.  Obviously, there is a large contingent of fans who can't get enough of these bugs and their human exterminators!
on August 03, 2012