iWatch: Cannot Tell From Website If One Is Come

So, all the rage is about Apple working on a watch with connectivity to other iOS devices or what not.  I've been a bit behind on it because there just is too much going on from the NYT and WSJ to former Apple designers who are opening up about what an "iWatch" would be like.

So I decided to check on a URL that I think Apple might call its watch.  First up is obvious "iWatch.com".  This is what I got. 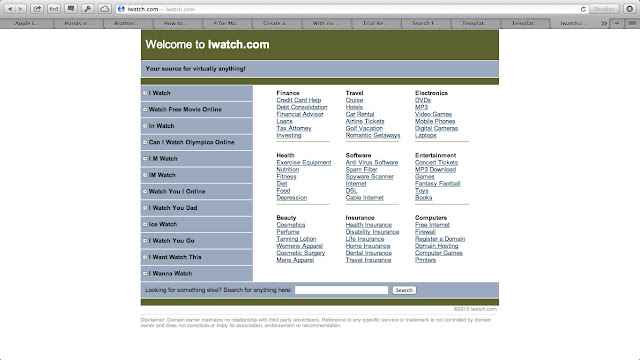 Okay, so iWatch is a bit too obvious.  Still, don't be surprise if Apple does pick up this URL.  So, URL and trademark squatters, ready, set, go!

Next up, I gave igrab.com a try.  Why not.  The watch will be on your wrist and it'll "grab" anything your hand grabs.  Also, one of Apple's watch's main function will be to "grab" notifications from your Mac or iOS device. 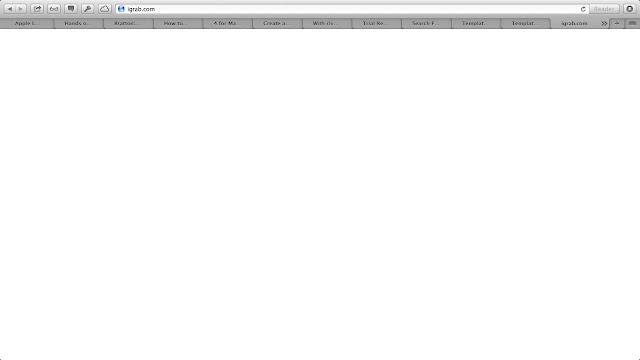 Finally, I gave iWrist a try.  You know...the watch sits on your, well, wrist. 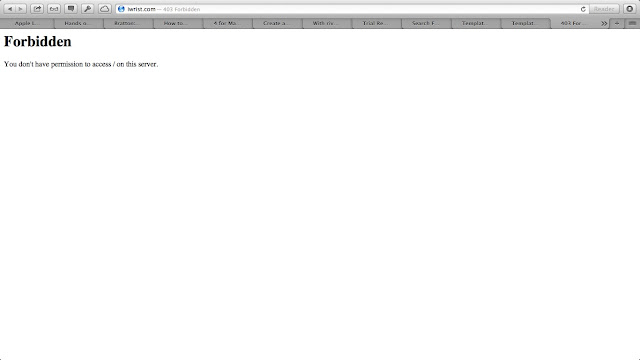 Interesting about iWrist, no?  Forbidden?

As a bonus, I decided to give iGlass.com a try and this is what I found. 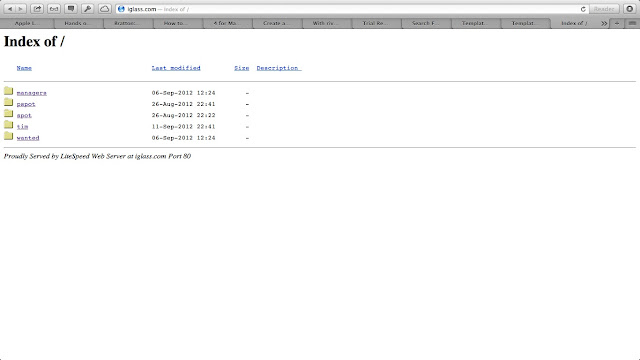 Anyway, I'm did not bothering checking out who owns any of these URLs or who might own the trademarks.  Even if Apple owns these URLs or trademarks, it's likely created layers upon layers of companies and lawyers to keep us from knowing the truth.

Hey, don't be surprised if Apple does call its watch "iGlass" or go with "iWrist".  But I like "iGlass" better than iWatch or anything else because Apple's watch will be much more than that.

So, what do you think?