HTC One Has A Better Form Factor And Finish Than Galaxy S 4: Good Enough To Make iPhone Users Switch For years, while Android dominate the market, the iPhone market, particularly in the US, has grown at the expensive of Blackberry and Windows but starting to impact Android as well.  And surveys typically suggest that iPhone users are more loyal to their chosen platform than Android users are to theirs or even to their branded devices.  However, I wonder if HTC One could change all that.

In fact, I think it will.  I think HTC has a winner with the One because of its awesome screen and high-end feel to the form factor and use of metal instead of the cheap feel of the Galaxy line.  It's good enough to make some iPhone users take a look at the HTC One as a potential jumping off point for Android than the Galaxy. 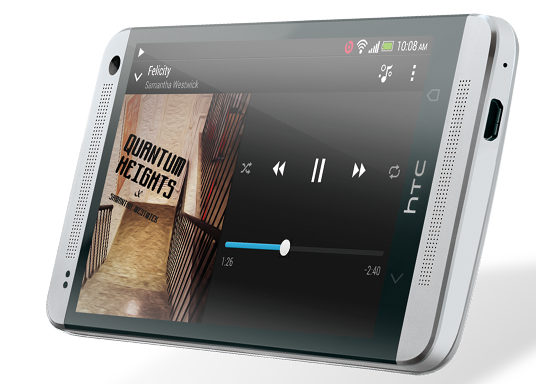 However, there are a couple of things that might hold some users off.  One is the camera.  That's a deal breaker for me.  4MP?  Really, HTC?  I know there will be folks who will argue that megapixels isn't everything.  While I buy that argument, 4MP is different from the 8 MP in the iPhone 4S and iPhone 5.  With the next iPhone likely to go to 12MP or higher and the Galaxy S 4 already with 13MP, 12MP, 13MP, or more in these other high-end devices compared to the unique "UltraPixel" in the One is a big difference.  And yes, the iPhone camera will be vastly improved regardless of the MP.

The second issue is a big one.  Android.  I'm not suggesting that Android is inferior to iOS or the other way around.  In fact, Android has innovated in ways that has left iOS behind and look dated.  On the other hand, the ease of use of iOS is still second to none even as some pundits complain about the looking and feel of it being dated.

The real issue for iPhone users regarding Android is the ecosystem. If you spend money with Apple's app and iTunes ecosystem, you will have to reinvest in Android as well.  You will have to repurchase all of the apps again on Android.  And as for movies and TV shows, the DRM keeps Android users from purchasing or viewing content from iTunes (except for music - but then again, if you're an Android user, why would you buy music from iTunes instead of Google Play?).

All in all, I think the advantage for iPhone or even the Galaxy S 4 for the typical mobile buyer has diminished with HTC's release of the One.  If you can get over the camera, some learning curves, and Android itself, HTC One should be among one of your top choices.

HTC One doesn't enjoy the reputation of Samsung's Galaxy S 4 so it isn't going to overthrow Samsung nor really encourage a wholesale defect of iPhone owners over the the One, but it could be enough for HTC to mount a comeback on a global scale.

If I'm HTC, I would spend a lot of money, on the scale of Samsung's mobile ad budget, and promote the heck out of it.  Window is closing as Apple is rumored to be release its next iPhone this summer or early fall.  HTC has one a couple of months before users either stop buying and wait to see what Apple comes up with or simply buy the next iPhone instead.

Also, imagine if HTC put Windows Phone in the One.  Wow.