Apple's iMessage implementation is one of the most useful features on the iPhone, iPad, and Macs.  But it leaves out those with are not a part of the Apple ecosystem - like Android devices.  So, I had been wondering how long before someone figures out a way to get iMessage working on other platforms.

Well, it's happened in the form of an app.  It's called iMessage Chat (Google). Oh yes, everything about this app goes through China.  Does it work as advertised?  Not at all. 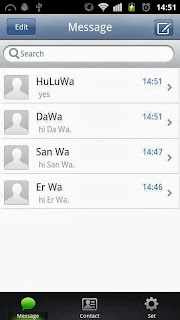 It works by spoofing a Mac computer and pretends to be sending messages to iOS users.  However, that isn't the case.  In fact, testings have shown that messages are sent between Android users of this app but messages never reach real iOS users (Appleinsider). 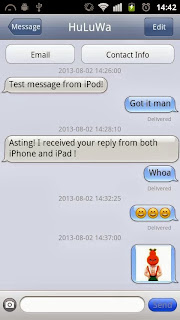 That Google allows this through Google Play is beyond me.  No fact, many websites, including us here, are saying to avoid this at all cost. And really monitor your iCloud accounts or, better, change your passwords if you have already attempted to download and use this app. 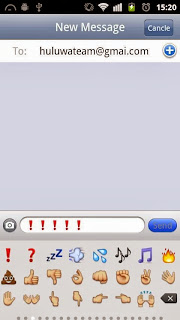 To me, this is one of the biggest and most obvious malware I've seen.  What's more, the message traffic isn't even reaching Apple's servers at all but within the developer's domain.  They've got your messages,  your iCloud credentials, and, likely, can make use of all the information you've got with iCloud should they choose to. 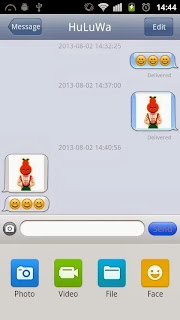