There is global warming.  And science isn't a religion.  An as a spiritual person who believes in God but ain't a nut about it, the world and the reality as we know it was not created in the mere hours/days the Bible said it was.  Damn there are many stupid ignorant folks out there. 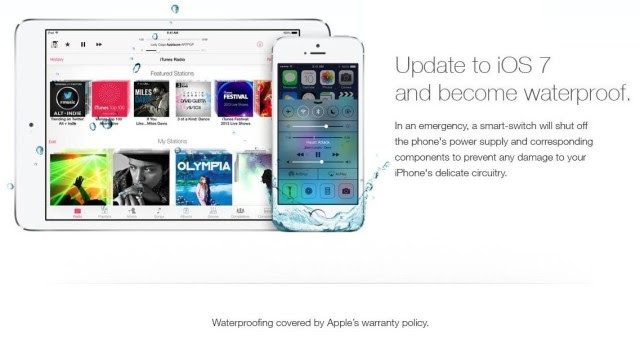 Having said that, it is very sad for me to hear how there are folks who believe that by installing iOS 7, it makes your iDevices water-proof.  First, those folks do not deserve to own an iOS device.  Second, the sheer naivety of these folks is just shocking.

NO!  There is no OS, iOS, Windows Phone, Blackberry, or Android that will make devices water-proof, fire-proof, baby-proof, drop-proof, and, obviously, stupid-proof.