Battery issues are something I write significantly if not almost weekly. I've bought myself a couple of 10,000+ mAh batteries that has more than once saved me. And currently overseas, they're getting the workout that they were meant for. I thought I would be one of there few folks who carry around a battery pack or two in the US and even less so in Asia.

Boy, was I surprised. In fact, I think one out of every three mobile warriors here could conceivably be carrying a battery pack with them. 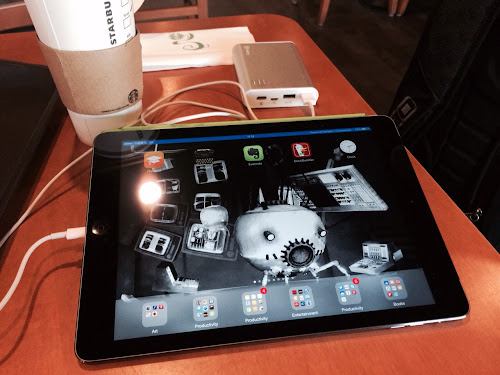 In fact, it is very common to see battery packs of all capacities bring sold right in phone stores, 7-11 stores (there are a freaking lot of these), small convenience stores, markets, and public transportation stops.

It goes to speak about the state of mobile in Asia and the dismal state of the battery technology. Be it the iPhone, HTC, or Samsung, there simply isn't enough battery life in these phones to sustain the growing role of mobile devices in our lives.

And the race to making devices lighter and thinner isn't at all what mobile warriors want. As I walk around, ride on trains, wait for rides, practically everyone has their eyes on their phones. Some are testing, updating their Facebook statuses, chatting or talking, or streaming videos (which is very popular here in Taiwan because their 3G services are fast, unlimited, and, as far as I can tell, not throttled).

As for who makes these battery packs, there are many generic brands that I've never head of before. Some have no labels beyond what is required by law here. But in the phone stores, you can find batteries from Samsung and Sony.

In the US, I don't see a huge market for external battery packs since most of us either drive or are on our offices - both places offered plugs when we need them.

I'm hoping manufacturers will run into barriers that prevent further thinning of devices and use whatever space savings they get to pack more battery into them.